Showing posts from November, 2017
Show All

Deal: Get $100 in Project Fi credit with Moto X4 Android One purchase 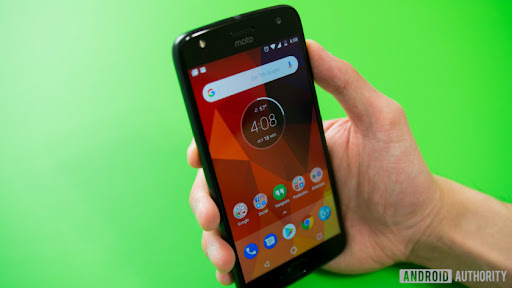 Back in September, Google revealed that the Android One edition of the Motorola Moto X4 would join the list of its official Project Fi-compatible smartphones. At the time, that made the phone the most affordable of all the phones that would work on Google’s mobile network, with a price of $399. Now, Google is giving buyers an additional incentive as part of its Black Friday sales efforts. It will give Moto X4 buyers on Project Fi a $100 credit on the network.Editor's Pick PSA: Project Fi works in any phone – mostlyProject Fi may be appealing to a lot of would-be business travelers but Google’s mobile network has one requirement that seemingly stops people from using it: the need to have a Google device. Right now … From now until November 30, if you decide to purchase the Android One Moto X4 from Project Fi, a service credit of $100 will be applied to your Fi account after the device has been activated. The credit is supposed to be put in place within 30 days of the Moto X4 shipping…
1 comment
Read more

Deal: Get the BlackBerry KEYone for $100 off at Amazon and Best Buy 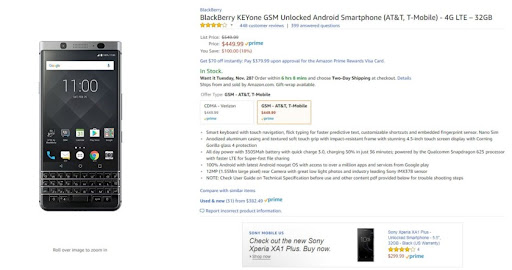 Cyber Monday 2017 hasn’t officially arrived yet, but some companies are getting a head start for what is supposed to be the biggest online shopping day of the year. For example, BlackBerry has started an extended Cyber Monday sale on the unlocked BlackBerry KEYone, selling the smartphone with its traditional hardware keyboard for just $449.99, or $100 off its normal $549.99 price tag.Editor's Pick Here are the best BlackBerry phonesShutterstock Once upon a time, BlackBerry phones were so popular among the business and enterprise crowd, they were referred to as "CrackBerry" devices because they were so addictive. Then the smartphone industry exploded with … The phone is available for the lower price at both Amazon and Best Buy’s websites, and it also covers the GSM model that works on AT&T and T-Mobile, along with the CDMA network version that works on Verizon. The special lower price will end at 12:59 a.m. Eastern time on December 3, or while supplies last. This discou…
Post a Comment
Read more

Android 8.0 Oreo rolling out to unlocked HTC U11 on November 27 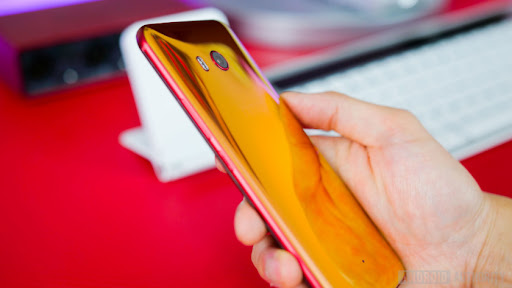 The unlocked HTC U11 will receive its Android 8.0 Oreo update on Monday, November 27, according to HTC’s Mo Versi on Twitter. This news comes just two weeks after the U11 in Taiwan started receiving its Android 8 update.Hope you all had a great Thanksgiving. The Oreo OS update will be available for download on the HTC u11 unlocked version starting on Monday! Enjoy!— Mo Versi (@moversi) November 25, 2017By now you’re probably aware what new features will arrive with the Android Oreo update. In case you need a refresher, you can check out our full 8.0 review right here.So far, there aren’t too many other Android phones running Oreo. According to the latest Android version distribution numbers, Oreo is only installed on .3% of all Android devices. All of Google’s Pixel phones are running Oreo, as are the OnePlus 3/3T and Nokia 8. There are also Oreo beta programs in place for a handful of other devices like the Samsung Galaxy S8, LG V30, Essential Phone, and OnePlus 5, so we should see t…
Post a Comment
Read more 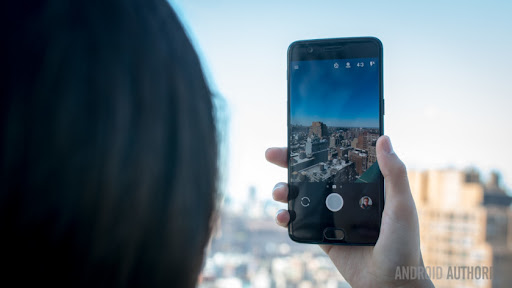 OnePlus has been working to bring the latest version of Android to all its latest devices. Last week the company rolled out Android 8.0 Oreo to the OnePlus 3 and 3T, and now it’s the OnePlus 5’s turn.The Open Beta Program for the OnePlus 5 is now live, which brings Android 8.0 Oreo, UI tweaks, and more to the company’s first flagship of 2017.With Android 8.0 Oreo, the OnePlus 5 will gain plenty of useful features like picture-in-picture mode, improved auto-fill, smart text selection, notification dots, and much more. To learn all about Oreo, check out our full review here.The OnePlus 5 is also gaining some visual improvements including new Quick Settings and app folder designs. The beta build also brings the OnePlus 5T’s Parallel Apps feature, as well as the October 2017 security patch.Don’t miss:Android 8 review: Oreo is for everyoneKeep in mind that this is beta software (the official rollout isn’t due until early 2018), so you might want to think twice before you install this on yo…
Post a Comment
Read more 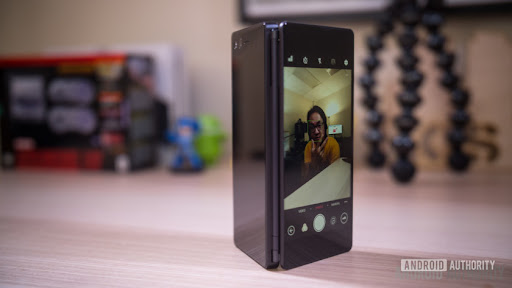 This week we reviewed the ZTE Axon M, Sony Xperia XZ1 Compact, and published our initial thoughts on the OnePlus 5T. We were also lucky enough to interview members of Essential and Made for Google. Here’s the news of the week!Note:Missed out on Black Friday this year? Don’t worry— many of the Black Friday 2017 deals are still live, so head to our roundup for all the details you need to know.Who wants to win a Pixel 2 XL or Google Home Mini?We’re giving away not one, but four prizes this week. Enter our International Giveaway for your chance to win a Google Pixel 2 XL or one of three Google Home Minis!10 Android stories we handpicked for youZTE Axon M review: the foldable phone is here ZTE tackles the idea of a foldable phone by adding a full second screen. Find out if it makes for double the fun or double trouble in our ZTE Axon M review.OnePlus 5T initial review: first 72 hours The OnePlus 5T has been out for a few days now, and we wanted to give our initial impressions while we fill…
Post a Comment
Read more 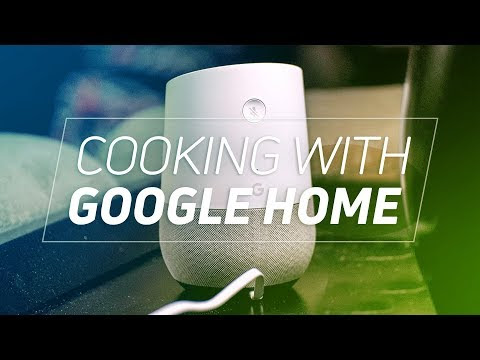 Welcome to the Sunday Giveaway, the place where we giveaway a new Android phone each and every Sunday!A big congratulations to last week’s winner of the OnePlus 5T International Giveaway: Mrigank P. (Australia).This week we are giving away a brand new Pixel 2 XL alongside three runner-up prizes of a Google Home Mini, in partnership with DGiT. Google’s 2017 flagship phones are finally here, and they’re great. Both the Google Pixel 2 and Pixel 2 XL feature top-of-the-line specs, IP67 ratings for dust and water resistance (finally), as well as the best smartphone cameras on the market, according to DxOMark. They’ll also be the first devices to include Google Lens, and will also come with three full years of OS updates. More specifically, the Pixel 2 XL sports a 6.0-inch pOLED 18:9 display and a bigger 3,520 mAh battery, but other than that, these two phones are pretty much identical.The Google Home Mini brings all the power of the larger Google Home in a much smaller size. It’s available …
Post a Comment
Read more 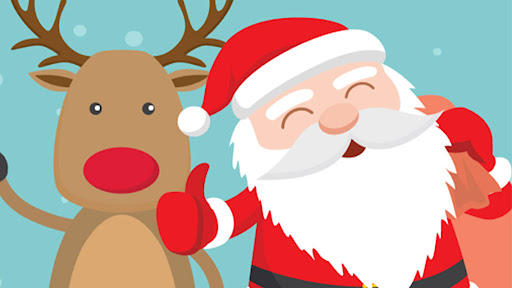 It’s officially the holiday season. That means people are decorating, celebrating, and giving to others. It’s a wonderful time of year and, by far, one of the most colorful and engaging. There are no other holiday seasons where people do things like this. It’s a mostly external holiday. There is only so much your Android device can do. However, we have a list of excellent Christmas apps that should help this holiday season! We also recommend Pinterest and Facebook. They’ll have a bunch of gift and decoration ideas!Here are some more apps you might find helpful during Christmas! 10 best coupon apps for AndroidGetting the best deal is a part of life. Rarely do people like overpaying for things. Consequently, most of us love saving money when we're out shopping. There are plenty of ways to save a … 15 best shopping apps for AndroidShopping online is pretty much the way to shop these days. Brick and mortar stores are fun, but at the end of the day, the ability to pick up your mobile de…
Post a Comment
Read more

The return of the Power User 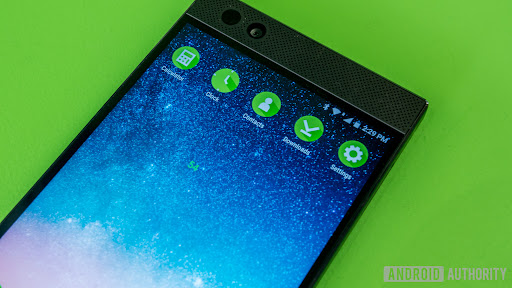 2017 has been an incredible year in the world of smartphones, with a consistency of releases that has hardly been seen before. Users have a ton of quality options to choose from in the Android space – and there has been a growing trend in powerful, niche devices.We generally hesitate to call any one phone the absolute best because individual users have different needs, but more than ever we are seeing the high end demand being fulfilled. In this article we’ll be taking a look at five particular devices that are currently fueling the return of a term you may have almost forgotten over the last couple years: the power user.>> New & upcoming smartphonesStemming from the fact that every user is different, perhaps every power user demands greatness from different aspects of a smartphone. Recently, Rob Triggs posited that the flagship smartphone game is shifting toward niche areas; as we reach consistently great performance no matter what phone users choose, companies have to find…
Post a Comment
Read more

How Google is powering the world’s AI 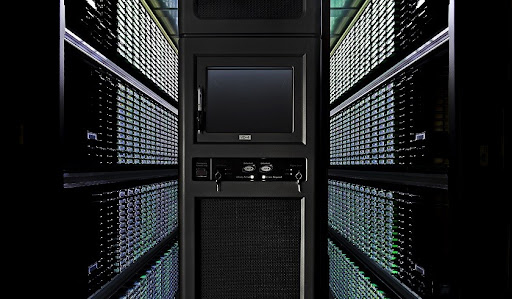 After helping to define the modern internet era with Search and Android, Google is already at the forefront of the next wave in computing research and development: AI. Many consider artificial intelligence and neural network computers to be the next step in computing, enabling new use cases and faster computation to solve currently unsolvable problems. The search giant, which now calls itself an “AI first” company, has been leading adoption of these new technologies in a number of ways.Neural networking algorithms and machine learning are already at the heart of many of Google’s services. They filter out spam in Gmail, optimize targeted advertising, and analyze your voice when you talk to Google Assistant or your Home speaker. Inside smartphones, ideas like Google Lens and Samsung’s Bixby are showing the power of “AI” vision processing. Even companies like Spotify and Netflix are using Google’s Cloud servers to tailor content to their users.Google’s Cloud Platform is at the center of…
Post a Comment
Read more
More posts